You know it has been a long week when you’ve hit your 40hr work week two hours into the fourth day.  I’ve worked stretches of 12 hour days before.  But this stretch has been fucking ridiculous.

I knew on Thursday that I was reaching the end of my patience when I cussed someone out in a meeting full of about 30 people.  There are a few things that have to manually be converted the new system (meaning someone has to manually enter it into the system – we aren’t writing code to move it from one system to the other).  Orders are the largest set of manually converted data we have.  I raised the fact we have over 6000 orders in the system – mostly service stuff.  I asked if the list has been reviewed for things that just need to be closed due to age, etc.  I started getting bitched at about how no one believed they were doing anything, etc, etc, etc….insert whatever whiny story you want here.  I don’t know why it set me off.  Maybe it was too much coffee.  Maybe it was the 5 hours of crappy sleep I had gotten the night before.  Maybe it was the fact a simple yes or no would have been better than the bullshit whining.

I told the one whining for those guys that I don’t care what the excuse was that given past behavior I know what is going to happen with this issue.  And, I’m not going to put up with their bullshit when they realize 2 days before go-live that they have more orders than they can get into the system.  So, they needed to get off their asses, raise the issue with management, and figure out what the fuck they were going to do about it because their teams was going to have to deal with it .  Then I told the PM to put it on the issues list so we can follow up on this daily until they had a plan. (Also, it raises it to the executives.) The room was silent.  Guess who silently started making a plan to get this resolved?  Yep.

But not all of the week has been bad.  People have gone beyond the bitchy stage and hit that punchy stage now which is a hell of a lot more pleasant.  A meeting we had the other day resulted in a series of technical failures with a projector.  Given the nature of our company, we tend to have twenty different ways you can connect to those damn things.  After a series of comedic situations with one person trying to get connected to it (but announced he had forgotten his dongle downstairs), he passed the handful of dongles to my cohort and said, in a somewhat sultry voice, “Well, Ann,  pick your pleasure….which dongle would you like to use?”  Thankfully we have all worked together for a long time, because no one was offended – the room instead errupted in hysterics. 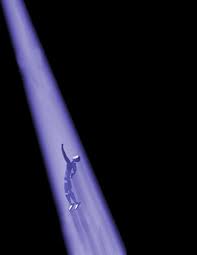 Or the conference calls where we were all wow’d by technology.  We are on the phone with someone in Boston and someone in Singapore.  We send a file from our system and, literally, seconds later the person in Singapore announces they have the file in their system.  What is so awe inspiring?  The fact it went from Portland to Boston to Singapore in maybe 5 seconds.  And, while in Boston, our file was translated into a different file during that time 5 seconds.  I don’t care how cliche it sound, but times like that are when the world feels smaller, and you feel the connection between everyone.  We were all awe inspired until our logistics guy asks our translation provider in Boston, “If I transform myself into XML, can I get to Singapore that way? Because that would be a cool way to travel.”  All the technology geeks at the table started laughing at him.  This statement is something you would expect out of some geek’s mouth – not such a non-geek. 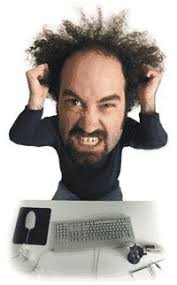 I do wish I had a picture of the project manager at our company for this project.  He is also the accounting expert for our team.  He came out of the first four hour training session with his hair literally standing straight up.  I asked him if he had been pulling his hair out, and his answer was a 20 minute rant.  I told him I could tell it went well for him because he was starting to resemble Chris Farley’s character in Tommy Boy after he freaks out in the office of a customer and ends the rant by pulling his hair straight up out of his head – and it stays that way.  That’s how this guy looked.

Next week is shaping up to be much of the same in terms of schedule and workload.  We did end the week on a high note.  We are not as far behind as we were a week ago.  We made up a LOT of ground and might actually be back on schedule.  A week ago, I was not convinced we were going to be ready.

My weekend is going to include sleep and relaxing and enjoying the fact no one should be working this weekend.  Here’s to hoping!